Media buying in the digital marketing sphere requires skills that can only come from experience and intense dedication.

As a media buyer, you need to stay on top of trends, become a conversion pro, have an innately analytical mind, be thick-skinned and quick on your feet, and pretty much be married to your ad campaigns.

I can talk all day about what media buyers should do in order to manage lucrative ad campaigns.

However, I’d rather tell you about the 11 media buying mistakes you need to avoid and why.

1. Not Understanding How The Media Buyer’s Role TRULY Serves Your Business

This is the biggest mistake that I’ve come across when I talk to eCommerce founders.

You need to think of them, instead, as your Controller within your marketing team, especially if the majority of your revenue depends on Facebook/Instagram and TikTok ad performance.

In a typical organization, a Controller is integral to the financial health of a business.

They ultimately guide the company’s strategic financial decisions and that is exactly what the media buyer does within the context of your Performance Team.

They “guide” your Performance team on where to allocate your advertising dollars because they’re seeing all of the patterns relating to what’s working and what’s not working in a rapidly changing data-environment.

I learned very quickly that inside Sugatan, we must teach our media buyers what I call “risk/reward analysis”.

It’s the thought process of managing risk that helps them decide how to issue every dollar that’s spent and gauge the risks/rewards attached to it.

I went so far as to design gamification calculators to simplify this process based on input and output and as a result, we’re able to accurately predict how much we’ll spend at the target total ROAS 3 weeks ahead of time.

This allows us to know what the end-of-month revenue will be for any of the businesses we work with, and with accuracy.

2. Not Being Involved In The Creative Process

Every media buyer should have a deep understanding of the target messaging.

That’s why collaboration with the creative strategists, designers, and copywriters who create the ads is so important.

Yes, the creative team should also do their research. But that’s not to say media buyers won’t have valuable insights into what the target messaging should be so it resonates on a visual, emotional, and linguistic level.

It’s a big mistake for media buyers not to get involved in the creative process, because it closes the door to an effective feedback loop that leads to the optimization of creative variations.

By being involved, media buyers can ensure ads are optimized for the target messaging and platform from the get-go.

The same level of collaboration is necessary when it comes to the creation of ad variations because the creative team will need input from media buyers regarding ad performance.

3. Not A/B Testing Your Facebook & TikTok Ads With At Least 10+ Variations (Versus 3 Variations)

A/B testing means you’re comparing two versions of an ad to see which one performs better.

Ideally, the two versions that you are testing should only differ on one level. For example, only the headline differs, or the first second of the video differs from the original variation. 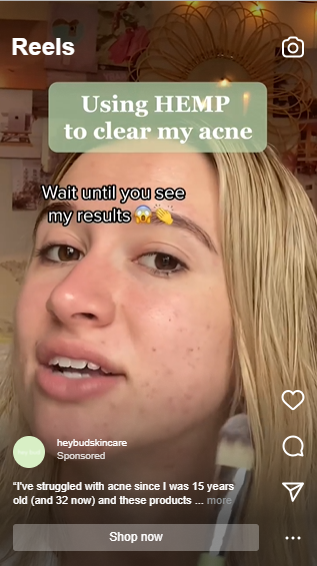 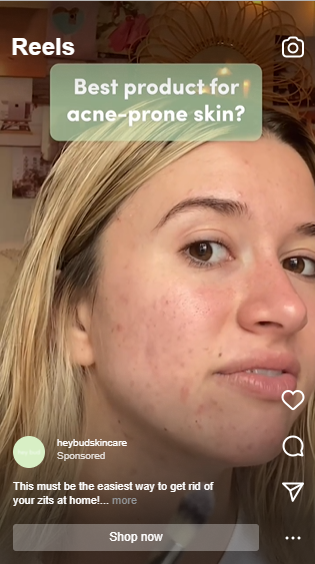 If you’re making the mistake of not A/B testing ads, you’re basically saying, “I have blind faith that this ad is the best it could possibly be, and if it fails, we need to go back to the drawing board.”

It’s a dangerous road to go down because it will lead to wasted opportunities for success and wasted resources.

If you understand your target audience and have developed a solid target message, you’ll know which tweaks to make to your ad creatives in order to test different results.

In turn, once you’ve tested variations of your ad, it will inevitably lead to an even deeper understanding of your audience and what resonates with them.

Do you see where I’m going here? A/B testing leads to the ultimate optimization of your ad campaigns.

But it doesn’t stop there. A/B testing 2 or 3 variations isn’t nearly enough.

You might see a slight increase in performance but you would be as lucky as someone winning the jackpot on a slot machine after the second try if one of those tests ended up actually going viral.

In our experience, the optimal way to test for ad virality is to A/B test at least 10 variations.

Testing on multiple levels will result in having 10+ different combinations to learn from and capitalize on.

4. Not Setting Your Budget Correctly

The most common media buying mistakes are made on a budgetary level.

Planning ahead and paying close attention to detail will help in this regard. An unintentional additional zero at the end of an amount could have tragic consequences.

Set daily and lifetime budgets to test what works for your account. Each account is different and requires a tailored strategy.

Here’s an example of a daily budget: 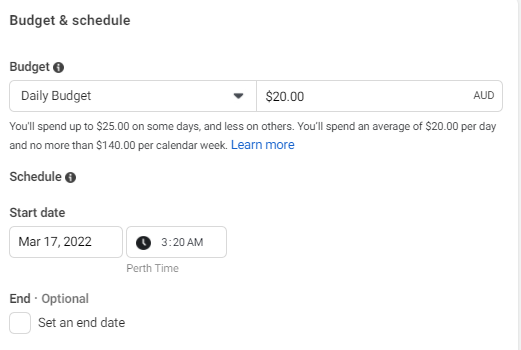 This is an example of a lifetime budget: 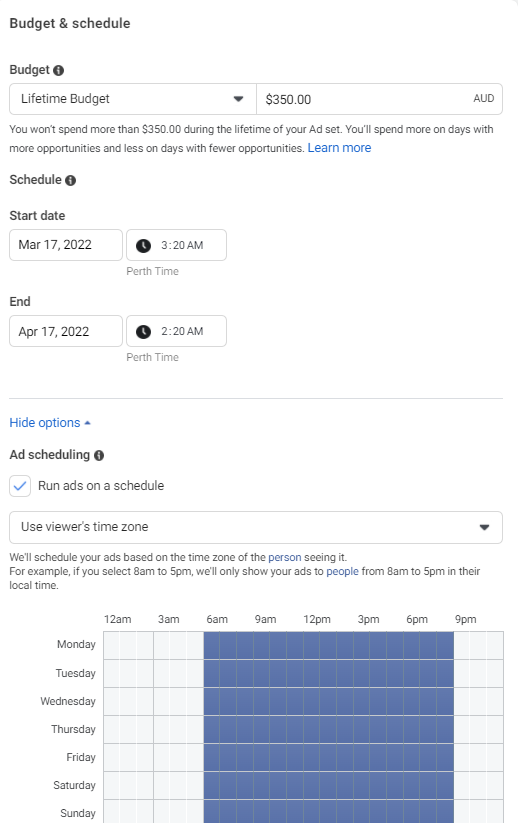 It’s best to aim for gradual conversions over an extended period to get the biggest bang for your marketing bucks over the long term.

It takes experience to get into the groove of estimating an accurate budget for an ad campaign.

If you’re not paying attention, your budget can become saturated within a single day, or your bids could be so low that your audience never even sees your ads.

My advice to new media buyers is to start with a lower budget and analyze performance every step of the way.

Then increase your ad spend incrementally, and once you see CPCs becoming too high to handle, pull it back again.

The ROAS results displayed on TikTok and Facebook Ads Managers aren’t always 100% accurate, as you’ll see clearly in the screenshot below.

To get a more holistic idea of how your campaign is performing, use the Hyros extension and look at Hyros‘ Last Click ROAS in conjunction with what’s reflected on the ad management platforms.

Here’s an example showing the difference between the two platforms’ ROAS results.

Analyze the Last Click Report in Hyros to scrutinize campaign performance even more meticulously rather than solely relying on data from the native ad managers.

This mistake is especially applicable to media buyers in the eCommerce space.

When you target a highly specific audience on Facebook, such as only English-speaking females between the ages of 18 and 24 who live in Los Angeles, the algorithm doesn’t get to do its job properly.

Facebook is especially good at finding your ideal customers, but it needs room to explore in order to do so.

It’s best to target a wide scope of people with multiple interests, across a wide age range, and in a large geographic area.

Target both men and women, even if a product seems gender-specific. Partners might buy the product as gifts for their significant others.

7. Shutting Campaigns Down Too Early

You lose out on valuable data if you shut down a campaign too early, plus you end up wasting that money for no reason.

Even if you’re not seeing the results you expected to see within the first few days, don’t shut the campaign down before you’ve gathered all the data you need in order to improve your next ad campaign.

Remember that every phase of a campaign has its benefits.

Conversion could be delayed for a number of reasons. Sometimes it’s just the wrong day of the week for your audience to be engaging with your ad.

Such tweaks might include changing the headline, adjusting your ad spend, or amending the location of your target audience.

8. Shutting Campaigns Down Too Late

You need to find the sweet spot. Don’t shut your campaigns down too early, and don’t shut them down too late either.

You know what they say: “Don’t beat a dead horse.”

It can be hard to let go of hope. You might think you have a winning ad campaign on your hands with the perfect creative and emotive headline, but it ends up underperforming anyway.

In most cases, if a campaign is not performing as it should be within the first few days, the chances are it will never work.

It’s not worth investing time and money if the first results don’t match your target KPIs.

Facebook’s Pixel/Conversion API is a must, especially for running ads post iOS 14 update.

The iOS update resulted in the loss of certain tracking capabilities for Facebook pixels.

Luckily, if you configure the Facebook Pixel/Conversion API, you’ll be able to send customer data from your own servers to Facebook’s servers.

By doing so, Facebook will attribute more sales in the ads manager and will optimize your campaigns better.

Below is a screenshot showing the configuration.

10. Not Checking On Your Campaigns At Least 5x Per Day

Media buyers should treat their ad campaigns like their own children–toddlers to be exact.

You can’t take your eyes off them for too long or something unexpectedly catastrophic could happen. 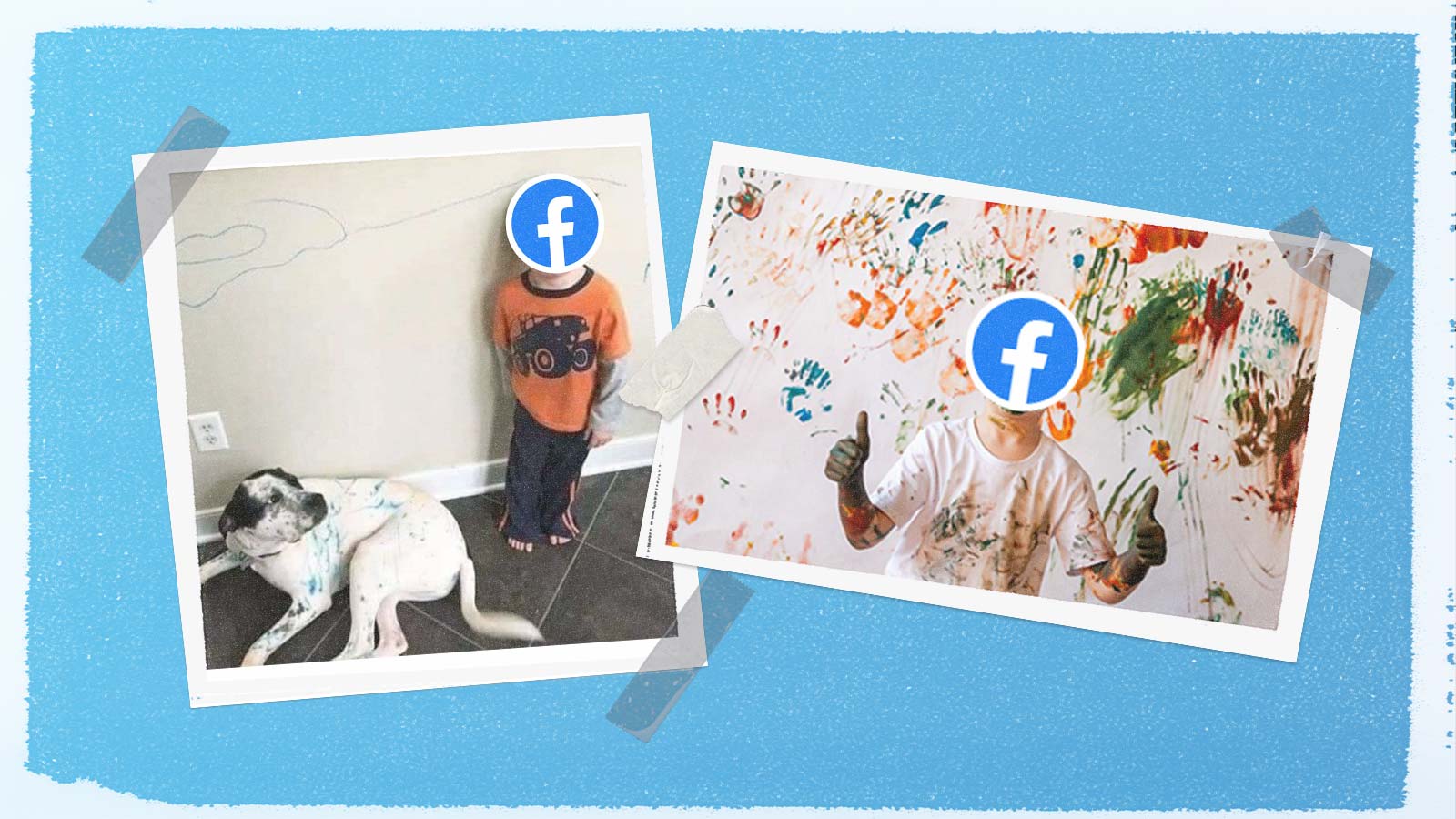 Check your accounts many times throughout the day (5 times per day at the very least) and adjust your strategies as needed.

You should be able to wake up every morning knowing what each campaign’s revenue will be by the end of the day.

It’s all good and well to gather data but knowing how to interpret the data to help you optimize campaigns based on your findings is the most important part.

Keep in mind that the above-mentioned metrics are cost-related and they will mainly give you insight into your campaign’s cost.

You’ll certainly need those metrics to measure your ROAS (Return On Ad Spend) and ROI (Return On Investment), but there are other metrics you should also consider.

You must understand where your target audience lies in the sales funnel and what their journey to purchase looks like to track your KPIs for that funnel and optimize your campaign for conversion.

They’ll give you insight into how much your audience relates to or engages with your ads.

At the end of the day, you need to be able to optimize your next ad campaign based on the data you’ve gathered from your current one.

Below are the metrics we look at to determine whether an ad has the potential to go viral, and to estimate whether we need to make variations.

You need to know which KPIs or benchmarks your ads should hit in order to draw conclusions from the data.

Just because one ad’s CR is higher than the next, doesn’t necessarily make that ad better. What about the CPC, AOV and CTR?

We gauge an ad’s success by how many benchmarks it can hit out of the 5 metrics that we are analyzing. 3 out of 5 is a good sign that the ad has potential.

There are many data capturing and tracking tools that provide more insights than native ad platforms like Facebook/TikTok Ad Manager.

3 tools I highly recommend are Hyros, Google Analytics, and Shopify Analytics (if you’re working with a Shopify-hosted online store).

Check out this article to see 7 more tools our media buyers use daily.

Nobody’s perfect… and although we view our media buyers as superheroes at Sugatan, we also know they’re only human.

The important thing is to learn from your media buying mistakes and improve based on what you’ve learned.