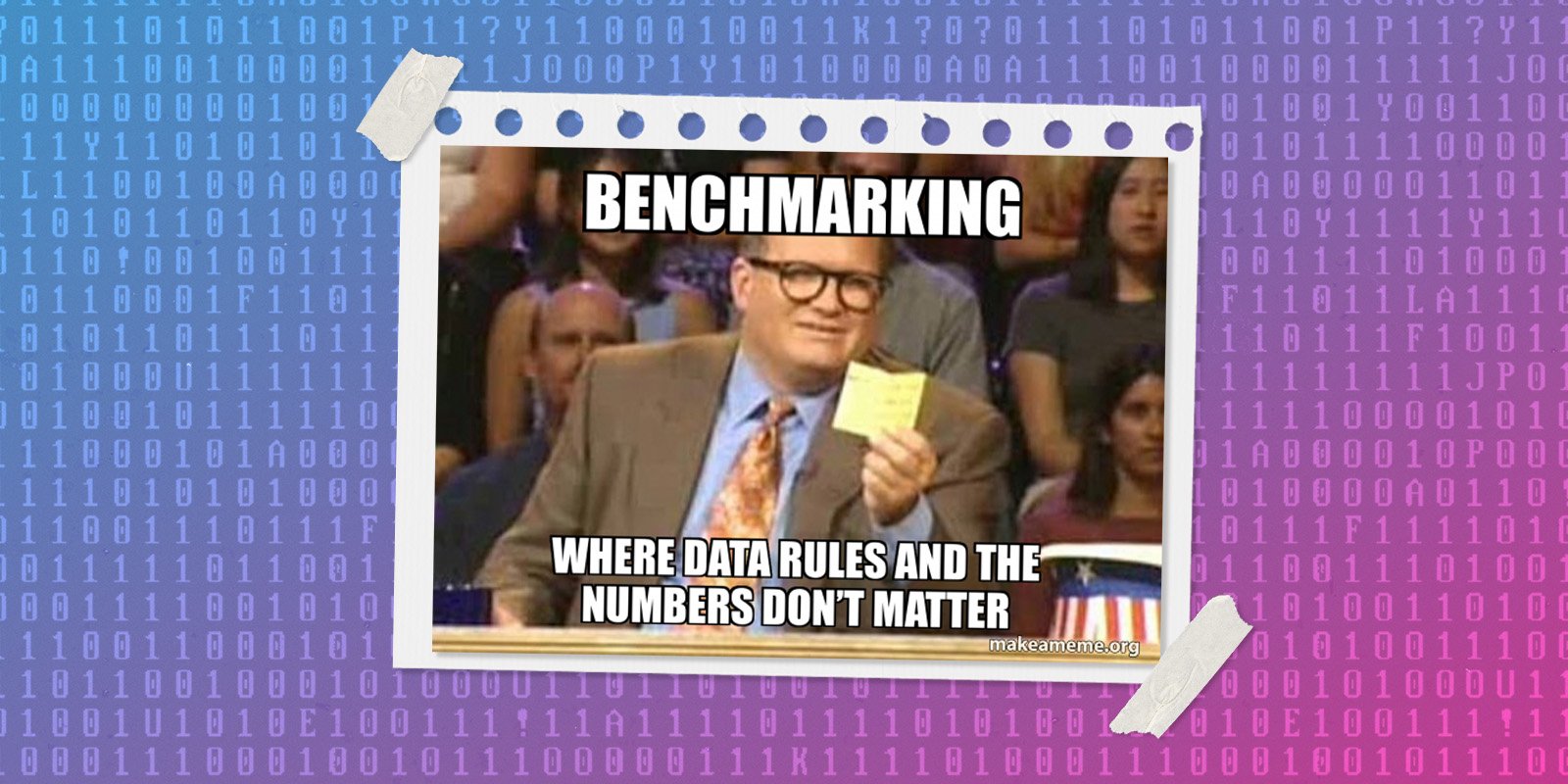 How To Set Benchmarks Like A Boss: Ad Buyer’s Edition

Written by Matas Kemzūra
Head of Growth at Sugatan
June 7, 2022

I had a revelation around August of 2021 when I realized that benchmarks are actually all about the ratios between specific metrics, not numbers or dollar values.

Like many other ad buyers, I used to set benchmarks as numbers. I would think about what a good CPC should be, or what a good benchmark for CTR and CPM should be in terms of numerical values (% or $).

But when I started analyzing the correlations between the metrics, specifically between Conversion Rate and CPC, I realized that the correlation as a ratio is the benchmark.

I’ll give you an example soon. But before that, it’s important not to confuse benchmarks with KPIs.

The difference between benchmarks & KPIs

The main difference is that your KPIs can and should be based on numbers.

For example, your Total ROAS KPI and channel-specific ROAS KPI will be the only number values that really matter.

Your benchmarks, on the other hand, should be the ratios or correlations (such as 1:1) between metrics instead of dollar values, percentages, or numbers.

Your KPI is your performance indicator and your end goal. Benchmarks are signals of what a good average for a specific metric could or should be.

You have a different KPI for Total ROAS and since that includes multiple channels, each channel will have its own Hyros Last Click ROAS KPI.

Your AOV, Conversion Rate and CPC are the metrics you should pay attention to.

Of those three metrics, AOV is the most stable metric that doesn’t fluctuate as much as the others.

That’s why your AOV will set the ratio benchmark for your CPC and Conversion Rate correlation.

CPC and Conversion Rate can be manipulated through ad buying and creatives, which is why they are not considered to be as “stable” as AOV.

The ratio that you settle on for your benchmark will differ based on the AOV & ROAS KPIs. It could be 1:2, 1:1, 0.5:2, and so on. It all depends on your individual case and what your AOV/ROAS KPI is.

When you think about it this way, it’s no longer logical to say that a 1% or 2% Conversion Rate is your benchmark, because the number values aren’t actually relevant here.

It makes more sense to have a 1:1 ratio between Conversion Rate and CPC as your benchmark in this particular example when your AOV is $150 and Last Click Facebook ROAS KPI is 1.5x.

The first step is always to figure out which path you need to take for each ad account.

You can manipulate these scenarios for each business, product, and account, but first and foremost, you need to understand which way you want to go in order to benchmark accordingly.

For example, if you see that you can get a better ROAS or scale higher when you’re going with quality over quantity (which means your CPMs will be higher), your CPCs are going to be higher too.

There’s nothing wrong with that, as long as your ratio between CPC and Conversion Rate matches whatever ratio you need to have (depending on your AOV/ROAS KPI).

Make sure your benchmarks stay within realistic ranges too.

So, what do you do if you’re not hitting your benchmarks or Target ROAS KPI?

Let’s say you’re not getting the desired CPC or Conversion Rate, or both, and your ratio is off; then you need to troubleshoot what is going wrong and perhaps take a new path altogether.

So, if you see that you’re not hitting your target ROAS with one path, you need to switch to the other to find a higher quality audience with higher costs, which will give you a higher Conversion Rate. Or on the other hand, you might need to switch back.

If neither path seems to be working, you need to keep digging deeper into the individual metrics that are causing the issues to find the solutions.

In most cases, the problem lies either under costs or under the quality of the traffic.

You will always find the answers in your own data. There are so many different metrics that you can analyze and it will always point toward a logical problem that impacts the end result.

Your benchmarks will only change if your Total ROAS KPI changes or if the AOV changes drastically. Other than that, the benchmarked ratios should remain relatively constant.

It is important to stay on top of your data and keep track of performance every day so you can recognize the patterns that emerge over time and anticipate the outcomes.

Once you know, you know

When I first realized that benchmarks for ad performance shouldn’t be based on numbers or dollar values, it made performance analysis far more logical and effortless for me.

I hope this has helped you too in understanding why the numbers are not as important as the ratios between them.

And remember, there will always be one stable metric (typically it is AOV) and two other metrics that you can manipulate.

The question is simple, “What should the benchmark ratio between those two metrics be?” so you can manipulate them with ad buying and creatives and hit your desired KPIs.

Click here to watch a video where I explain this benchmarking methodology in detail.