Successful People Are Going to be Successful No Matter What 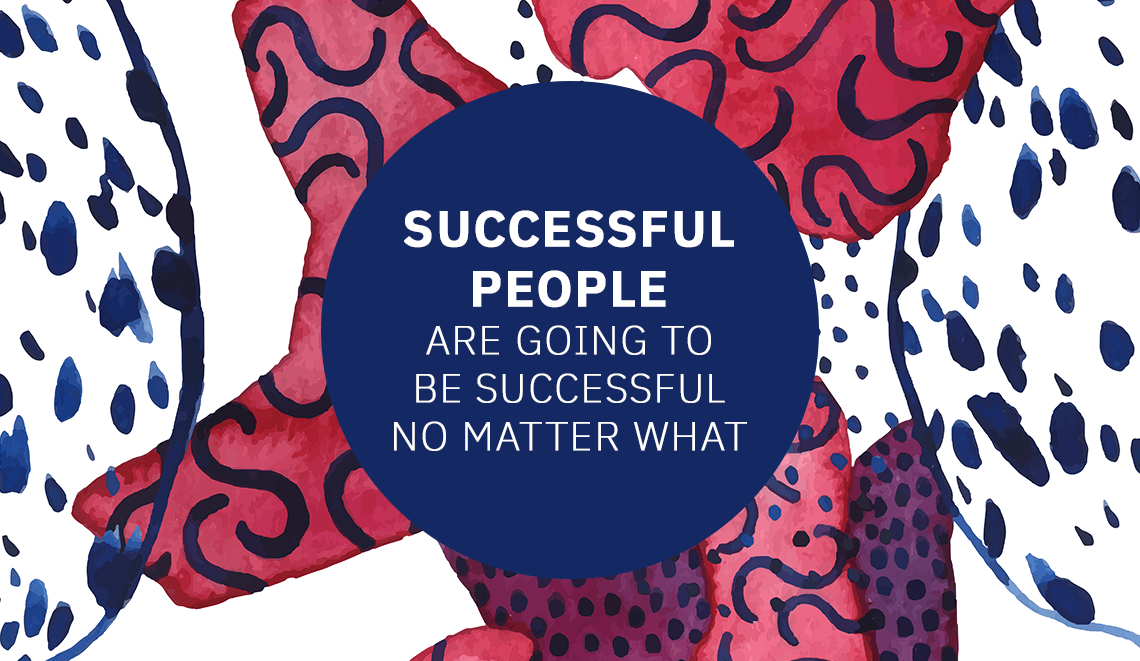 I climbed the enormous hill from having $300 in my pocket to achieving $1.1 million in revenue for the agency in 16 months & survived. I had no connections, I didn’t college, I’m estranged from my parents, & I waitressed for 7 years. How does that happen? Am I special? Do I know something that the majority of other people don’t know? Am I hyper-smart? TLDR: Nope to all of the above.

All I knew when I first started was how badly I wanted to work on something I was excited about & never have to worry about money again. That’s literally all I knew. I dreamed of traveling freely & doing it with a group of really talented, smart, loving, & supportive group of people who I’d co-build something amazing from the ground up.

During my climb & as I succeeded in something, I wanted to pull others up with me that were in a similar position as I was when I was just starting.

I offered jobs to my friends who had been unemployed for a while, I offered growth opportunities within the company to those who started out as my cleaner, I gave away my logins to friends for the eCourses that I paid for with the last $300 in my account, & just recently, we offered to help out our favorite waitress here in Colombia who was barely getting by earning just $400 a month with 2 kids. Deividas offered to pay for her English classes so she can learn to speak English fluently & we offered for her to use my extra laptop & we’d show her the vast opportunities that the internet economy provides.

But… she never showed up. And I ended up letting go of the 2 friends I hired. And my cleaners half-assed the tasks that I gave them to build their skills. I’ve finally learned this lesson that was hard for me to learn.

It took multiple events to unfold for me to now know without a doubt that:

Most importantly, no matter if I help them or not.

Because successful people are going to be successful not b/c they’re smart or b/c they had a great upbringing or a college education… but b/c they’ve made a shit ton of mistakes & instead of taking it personally & roam in self-pity at the stacked failures, they keep working at making it work until it works.

After having finally realized this, I’ve decided I want to spend my finite resource of time with only the no-matter-what people. In order to identify these people that I want to partner with, I’ve designed challenges & hoops to overcome within our hiring process to identify the A-players out there.

And for business owners… Deividas & I decided to create a private email list that’s exclusively meant to pool us people. We come from a variety of different backgrounds but one thing in common: we’ve overcome some major. ass. obstacles that have tested our grit, our ambition, & our ability to overcome some painful.ass.shit.

My dream is to generate billions of dollars of value in the world and host a round table of brilliant impact-makers who are shaping our world and its various cultures through ownership of private enterprises. If you’d like to join my dream, subscribe to the Sugatan Newsletter.

If you get accepted, you’ll receive Deividas & I’s everyday learnings on what we’re doing to scale businesses (like taking an eComm business from $360k annual revenue to closing this year at $4mm+ in just 12 months). It’s meant to add to your arsenal of ideas to test for yourself & also, have an intimate dialogue with us.

FYI we’ll be most relevant to you if you’re an eComm entrepreneur, agency owner, or an intermediate to the advanced media buyer.

Super looking forward to starting an awesome relationship with you no-matter-what’s.